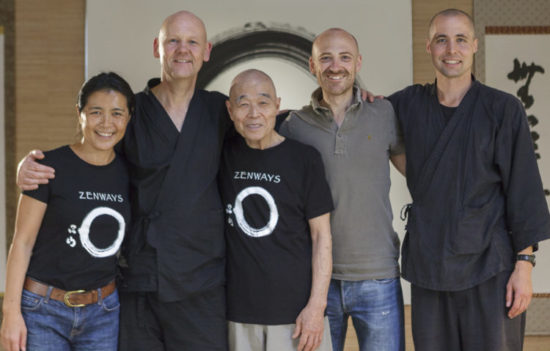 Shinkai studied Zen yoga and Zen Jin Shin practice with Daizan Roshi in Japan and the UK, and learned Zen taiso during his time at Bukkoku-ji Temple in Fukui, Japan and from the personal yoga and organ massage practice of Zen master Shinzan. He leads retreats, Zenways teacher trainings, and workshops throughout the year and has helped facilitate Zen Japan Adventure trips with Zenways for over 10 years. He teaches weekly Zen yoga classes in Eugene and is on faculty in the University of Oregon’s PE mind-body department.